Does Your Body Absorb the Salt in Salt Water Pools? Swimmers often ask if saltwater pools expose them to dangerous levels of salt throughout their bodies, which is a valid concern. When compared to chlorinated pools, a saltwater pool is a healthier option. Even if saltwater pools aren’t treated with tablets, they still have chlorine because the filtration process requires less.

Swimming isn’t considered harmful in a saltwater pool with less than 10% salinity. The seas aren’t the only places where water can be found that is extremely salty.

What Are the Advantages of a Saltwater Pool?

There may be some benefits to your hair and skin, but that’s it. Although there are certain health benefits to using a saltwater pool, they are mainly confined to the water’s gentleness on your skin and eyes. It is possible to open your eyes underwater in a saltwater pool without experiencing the red, irritated eyes common in chlorine pools. This is because the chlorine generated by a salt chlorinator is a gentler form than the chemical versions.

To keep the water clean, chlorine must be produced from the pool’s salt content. That’s all there is to it! Because it isn’t based on any health benefits, any advantage it may have is marginal, in my opinion.

The salt cell and chlorinator produce chlorine in salt-water pools rather than being manually added, as with other swimming pools.

Cyanuric acid and other chemicals may be required for saltwater pools, depending on the water’s specific needs.

Does a Saltwater Pool Help to Burn Calories?

A saltwater swimming pool does not burn more calories than an ordinary pool. The fact is that swimming is a great way to stay fit and healthy. Keep your eyes safe and avoid swallowing water by wearing goggles while swimming in any pool.

Does Your Body Absorb the Saltwater Pool?

The ocean contains ten times as much salt as a saltwater pool. A saltwater pool has a salinity of about 3,000 ppm (parts per million). There is 35,000 ppm in the ocean, on the other hand. Some people prefer a saltwater pool because they believe it is less damaging to their hair, eyes, and skin.

Swimming increases your risk of dehydration more than salt absorption, so it’s recommended to avoid swimming if you can. Between 2,700 and 3,400 parts per million (ppm) of salt are found in a salt-water pool, compared to the ocean’s 35,000 ppm of salt.

What is the Risk Related to the Saltwater Pool?

Swimming is generally considered to be a safe activity for the vast majority of people. Swimming, like any other kind of exercise, carries some inherent dangers. Swimming laps can be dangerous if you’re ill or injured, so check with your doctor before getting in the water.

When starting a new workout regimen, it’s a good idea to check in with your doctor first.

Swimming in chlorine pools, for example, can make those with skin problems like psoriasis even more sensitive. You must consult your physician for advice specific to your health situation.

What Are the Other Benefits of a Saltwater Pool?

Like any other swimming pool, a saltwater pool requires regular vacuuming and skimmer maintenance.

They require less upkeep than traditional chlorine pools, but you still need to put in some effort. Saltwater pools are generally easier to maintain in terms of water chemistry, but the pH might drift higher, so be aware of this. Here is the best pool water PH meter.

Between 2700 ppm and 3400 ppm, you keep the salt level in the pool stable. Seawater has a salinity of roughly 35,000 parts per million, but the Dead Sea has a salinity 10 times higher than that of the ocean. Saltwater pools have minimal levels of salt in their water. As a result, excessive sodium intake will have little effect on your health.

Your saltwater pool has minimal salt content, so don’t worry. Like being in the ocean, you can’t get a sense of taste or smell from it. People’s taste buds can detect salt in water at concentrations of 3500 parts per million (ppm) and above; hence the salt concentration in a regular saltwater pool is too low to be noticed. It’s not like you’ll want to drink pool water anyhow, so why bother?

In reality, they contain the same chemicals as conventionally chlorinated swimming pools. They, of course, include salt, which other pools do not. In addition, cyanuric acid, often known as Cya or stabilizer, is required to shield the chlorine created by your chlorinator from the sun’s damaging rays. There will be times when you’ll need different chemicals like filter cleaning or algaecide. Find here the best pool chlorine generator.

For the chlorinator to produce chlorine to disinfect the water, salt pools should have a salt level of between 2700 ppm and 3400 ppm. Ocean water has a salt level of approximately 35,000 ppm, higher than fresh water.

There appears to be no evidence that swimming in a saltwater pool will raise your salt content. The ocean and other well-known bodies of water, like the Dead Sea, which contain significantly higher levels of salt water, would probably be a problem to swim in if this were an issue. 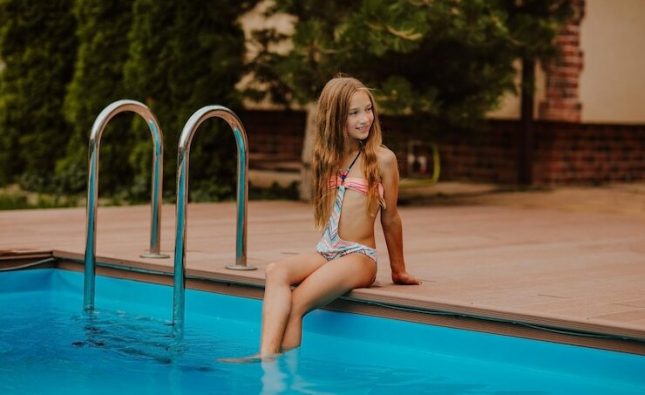 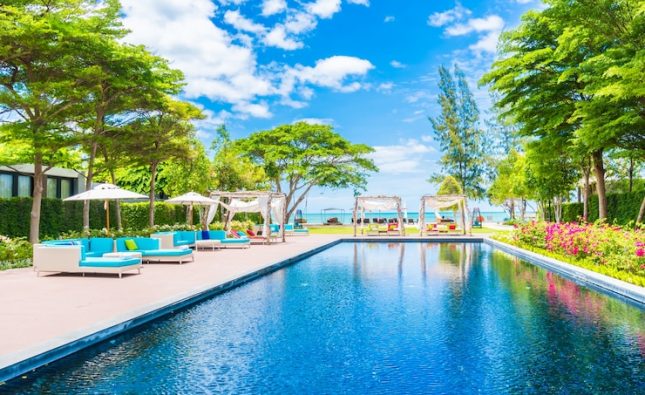